In 1907 a group of yachtsmen that had their yachts anchored in Mamaroneck Harbor got together and organized Orienta Yacht Club. The first club house was a floating barge on which they built a small one story house.

T he Harbor was quite different back then. The shoreline was not defined as it is today by a seawall and bulkheads. Harbor Island Park, which today takes up about 20 acres, was basically non-existent. What are now the East and West Basins were all one with the small Hog Island in the middle.

Back then, this long since covered island was connected to the mainland by a causeway to allow for the operation of a steamship dock that stretched out into the deep water of the harbor entrance. A small channel ran down to the front of the Club, which fronted on a small deep water basin where members anchored their boats. Much of what we know as our home port today dried out at low tide, and was unsuitable for anything but shallow-draft canoes and row boats when the tide rolled in. It wasn’t until 1910 that the first real efforts were made to improve the harbor through dredging and covering Hog Island with the dredge spoils.

Richard E. Carpenter was elected as the first Commodore, and started a program of yacht racing. He took the Orienta Yacht Club burgee to Holland and entered into international competitions flying the Orienta burgee.

During the early years racing activities centered around dories, sloops, and cat-boats.

Canoeing was also very popular with the membership.

Gardiner Fry took his Tautog to Holland where the International Dory Races were held in Amsterdam from August 26 through August 28, 1908. Tautog proudly carried the Orienta Yacht Club burgee at its masthead and finished first, winning the coveted King’s Cup. A framed photograph and original burgee hang in our lobby.

During 1913 the OYC Race Committee commissioned the designing of the Orienta Yacht Club One Design. A class of six boats were built. They were 22’ 9” overall and 15’ in water line length. Framed pictures of this class boat are hanging in our lobby. On July 4, 1914, the Orienta One Designs entered their first Y.R.A. regatta. OODs were actively raced for many years, until ending sometime after World War Two.

The year 1915 marked the beginning of a period in which there was a shift in emphasis in the club program. Negotiations were completed for the purchase of the Campbell residence with three acres adjoining the original club property. The property improvements included tennis courts. The result of this acquisition and land improvements called for an increase in membership. That in turn called for a greater need for additional activities. The next decade included activities such as swimming events, tennis tournaments, trap shooting, chess and bridge tournaments, billiard and pool tournaments, dances, and musicales, as well as yachting. Trap shooting attracted a very enthusiastic following. Interclub shoots were held with Larchmont Yacht Club as well as others. Tennis also drew a crowd. The first tennis tournament was held in 1915, and twenty six players were entered. During those years membership in Orienta Yacht Club went from 78 members to 230 members.

Circumstances soon changed when the United States entered into World War One.

The year 1915 marked the beginning of a period in which there was a shift in emphasis in the club program. Negotiations were completed for the purchase of the Campbell residence with three acres adjoining the original club property. The property improvements included tennis courts. The result of this acquisition and land improvements called for an increase in membership. That in turn called for a greater need for additional activities. The next decade included activities such as swimming events, tennis tournaments, trap shooting, chess and bridge tournaments, billiard and pool tournaments, dances, and musicales, as well as yachting. Trap shooting attracted a very enthusiastic following. Interclub shoots were held with Larchmont Yacht Club as well as others. Tennis also drew a crowd. The first tennis tournament was held in 1915, and twenty six players were entered. During those years membership in Orienta Yacht Club went from 78 members to 230 members.

Circumstances soon changed when the United States entered into World War One.

Orienta Yacht Club took a significant part in the war effort. At a meeting held May 3, 1917, the trustees decided to offer all of the club’s facilities to the United States Government as a Naval Reserve Station. Those needs never materialized, but other needs presented themselves. The club house was turned over to the American Red Cross which used it for workrooms until the end of the war. In an article published in Yachting Magazine titled “Orienta Yacht Club’s War Work”, it is recorded that “The rest of the house was used as headquarters for the committees of the Red Cross Canteen, Liberty Loan, United War Work, War Savings Stamps, Legal Advisory Board, and in fact all of the war drives made Orienta Yacht Club their administrative center.”

The club grounds near the water were used by the Junior Naval Reserve. Club members loaned their boats so the boys could receive practical instruction in seamanship and navigation.

A large percentage of the OYC membership answered the call to duty. Commodore Lascaris’ forty eight foot cruiser Avallon was accepted by the Government and taken to Bridgeport where she was manned by OYC club members who had volunteered for the Naval Reserve. Members’ use of the club for recreation ceased for the duration of the war.

After the ending of the world war (the war to end all wars) yachting activities resumed.

The OODs (Orienta One Design) were again active in the YRA regattas. Distance racing also resumed for the larger cruiser racing boats. OYC skippers were actively racing. W. Roy Halsey and A.Y. Van Amringe took a first place finish in their 43 foot Spendthrift and won the cruiser championship of Long Island Sound in 1921. The following year they won the New York City to Atlantic City and return race. In both these and other races the Orienta burgee was proudly flown.

Changes were taking place that would once again affect OYC. Beach clubs were springing up all around Westchester. Orienta Yacht Club lost a great deal of its social membership. The remaining boat owning members decided to focus on yachting. In 1925 the club house and property up the hill was sold to the Elks Club, leaving us with the lower portion and boat house. The focus of the club returned to yachting and promoting the skills of seamanship and navigation. The boat house was redesigned to include a meeting room.

In 1934-35, the Works Progress Administration (WPA) built seawalls around what had by then become Harbor Island Park and they surrounded the East Basin, as well. The bathhouses and pavilions were built in the Park and in 1934 the West Basin was dredged to create another anchorage. More dredging in 1939 created the large deep water harbor that we see today, which is arguably the best “hurricane hole” in the Western Long Island Sound.

At the beginning of World War Two, once again our young men answered the call to arms. Orienta Yacht Club became the base of operations for the Coast Guard Auxiliary. A fleet of twenty ships were operated from OYC. The U.S. Government was aware of how useful small boats could be after the evacuation of Dunkirk. During the war sailing yachts with volunteer crew would sail along our coastline reporting sightings of U-boats and rescuing merchant seamen whose ships had been torpedoed.

After the war OYC returned to its intended focus of yachting, and the skill of seamanship and navigation.

Sadly, there is very little history available after 1953. Orienta Yacht Club suffered a fire in the late 1960’s that destroyed most of the records. But a few details can be added from recent memory and various newspaper clippings and publications.

The Clubhouse was originally a boathouse, much of which was taken up with storage lockers for members’ equipment. Upstairs lived a steward who oversaw launch operations. There was a small clubroom until the building was updated in the 1960s to its current configuration. Gone are the lockers and today’s sunny clubroom now opens out onto a large covered deck with sweeping views of the harbor. The spectacular Fourth of July fireworks show produced by the Mamaroneck fire department is just one of the events that draws members and guests. The Clubhouse’s updated facilities enable a number of events, including our commissioning parties, educational seminars and post-race barbecues. It is the center for the onshore life of Orienta Yacht Club.

Numerous other improvements have been made to the property over the years including an updated dock house, paved parking lot, a mast shed and crane as well as new storage racks for dinghies and kayaks and new locker facilities.

Throughout its history, Orienta Yacht Club has been characterized by member participation in all aspects of the life of the club. One newspaper account described OYC as the “saltiest club on the Sound,” owing no doubt to the hands-on participation of its volunteers. For many years members took charge of the hauling and launching of all the club’s boats until sometime in the mid-1980’s, when it was decided that McMichael’s Yacht Yard’s able crew should take over this responsibility to ensure safe operations. Their massive lifting cranes are pressed into service and seemingly as if by magic, the harbor is either filled or emptied of up to 65 of OYC’s fleet over the course of a couple of days.

One of the charms of Orienta Yacht Club is that it is a “do it yourself club” that allows members to undertake their own boat maintenance. Our members have also contributed their talents to numerous upgrades to our facilities. Expert members are currently advising on strengthening our sea wall and ensuring that the Club is doing its part to preserve a healthy Long Island Sound ecosystem.

Today, the Orienta Yacht Club remains a thriving club of sailors and power boaters who share a passion for the sea and the good fun and friendship that unites the yachting community. Its members are devoted to fishing, racing and cruising, with some having voyaged as far as the Caribbean, Florida and Maine. But mostly, there is the members’ constant “messing about on boats”, day trips out on the Sound and the summer cruises to points east with family and friends.

We have a notable history in yachting and patriotism. We should honor it.

This historical sketch was taken from an essay written in 1982 as part of our seventy fifth anniversary celebration.  It was edited and updated by Larry Hume and Doug Gould in 2015. 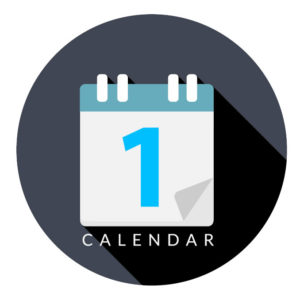